When we talk about franchises, it generally makes us think of those huge American food retailers such as McDonalds, Subway or Starbucks. However, in the last four years the UK franchise industry has grown by a incredible 10%, meaning the franchise industry now contributes over £15 billion pounds to the UK economy.

Research has found that the UK Franchise Industry is remarkably recession proof.  This growth has been beneficial to our local economies with over 44,000 franchises operating across our high streets, which provide employment to an incredible 621,000 people.

The right Franchise can be a secure and reliable way to transform your work/life balance with 50% of people choosing to own their own franchise business rather than struggling to think of their own idea, often a more risky alternative.

With UK franchise growth now at a record high, many franchisors are considering extending the reach of their franchise business overseas.

In this infographic we look at the positive impact franchise businesses are having on the economy, as well as the individuals running them.

If you would like to know more about how Proactive could help your franchise business with franchise marketing and growth, please visit our franchise groups webpage – there’s a really good video that explains how we can help.

You should also request a consultation with Cliff Lay, our franchise expert, to discuss your franchises pain points and the ways we can help you unblock any bottlenecks – it’s completely obligation free!

Alternatively, book an online demo of our web-to-print service and let us show you how we can save you time, money and help your franchise business grow.

This special insider report helps you identify some common issues many firms face with multiple office or store locations. 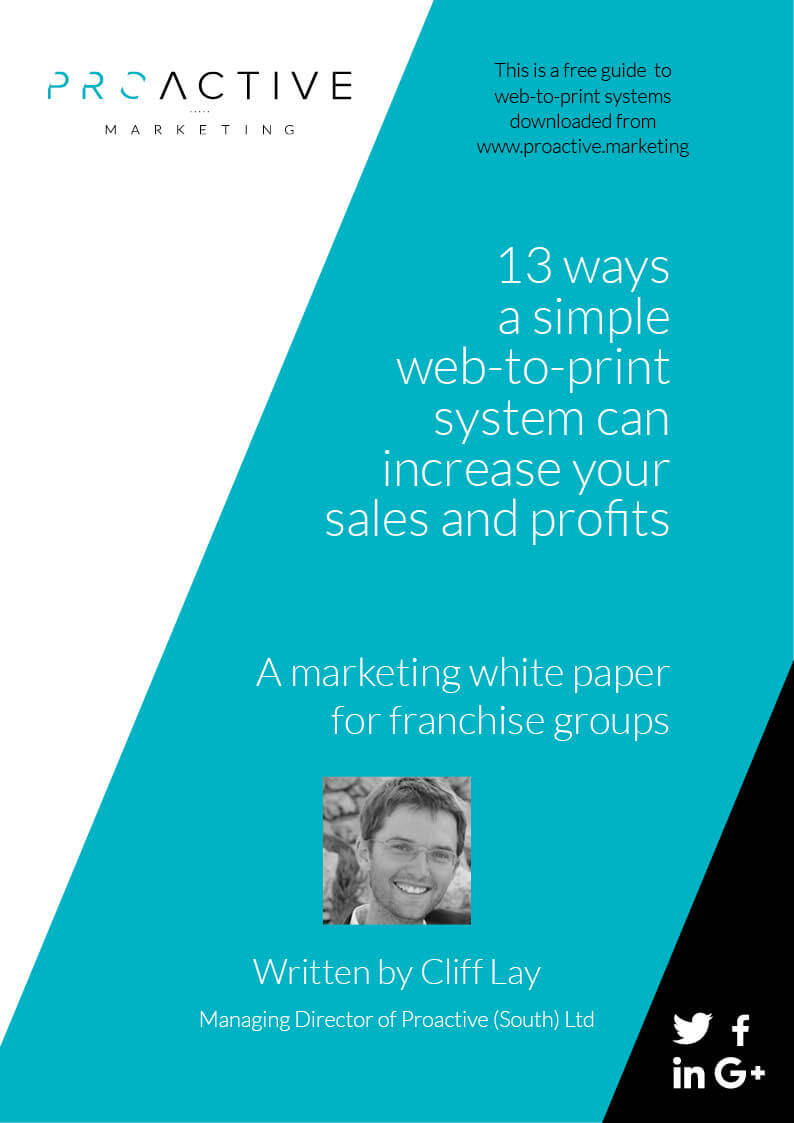