Direct mail advertising – the top 5 reasons to start a campaign

How do you get compelling, targeted information straight in front of your audience? The answer used to be direct mail advertising. A well-designed, persuasive mailing sent to the right people was the way to boost sales or generate leads.

Then digital marketing arrived: emails, social platforms, blogs, all with the power to personalise and provoke instant action. Direct Mail advertising seemed to be forgotten but as digital media becomes saturated with advertising marketers are returning to traditional, more personal forms of promotion. 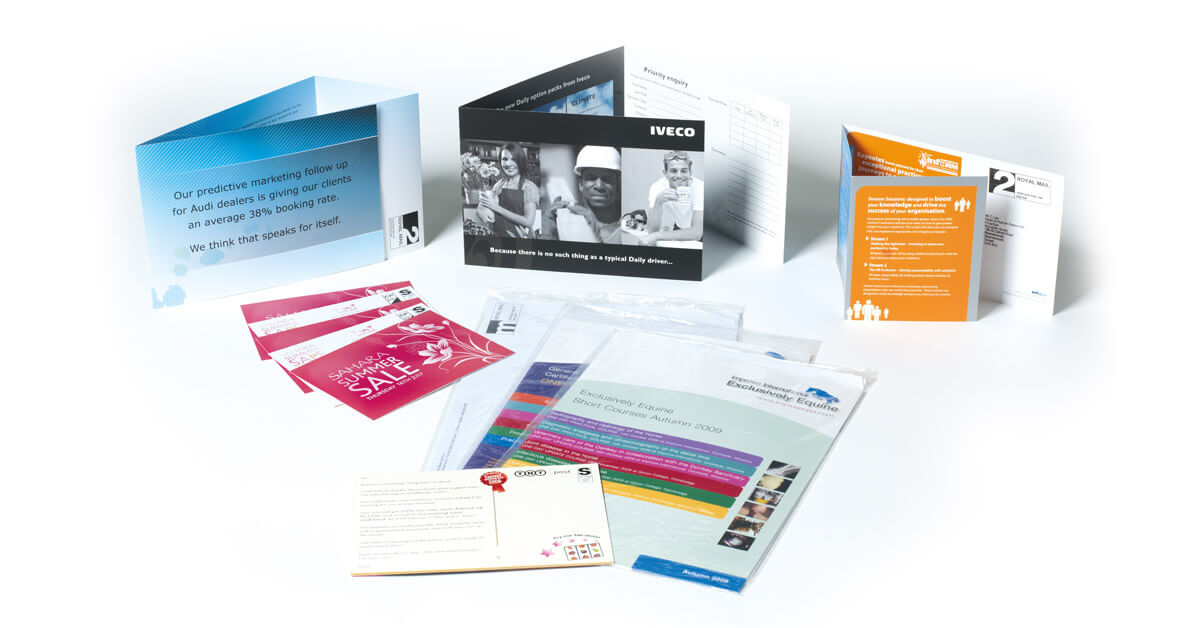 But there are several reasons why direct mail’s still a powerful tool in converting leads and sales. Giving your targets something to open and hold is a high impact, highly measurable way to nudge them into action rather than passively absorb or ignore your message. And it’s a fantastic partner to digital channels, boosting the effectiveness of your campaigns across the board, compared with relying on digital alone.

1. Your actual mailbox is far less crowded than your digital one

We’re not saying that digital marketing has had its day, but audiences are tired of it. Tired of seeing endless promises and offers in their overflowing inboxes. Capturing people’s attention is now harder than ever. Yet a recent Royal Mail survey found that 72% of people open all their post – including direct mail. Compare that with the open rates on your email lists: Mailchimp suggest average open rates of less than 20%. So a direct mail message is the way to get seen.

It takes a lot to build trust online. It’s do-able, but people are naturally more wary about claims made by email. Whereas print marketing conveys credibility – it shows you’ve spent time and effort on creating something and readers respect that. Direct Marketing Association research bears this out – they found that 56% of people regarded print mail as trustworthy, with just 28% of people saying the same about email.

3. …And find it easier to process the information they receive

A survey of UK customers found that 48% found information easier to take in via print mail, rather than 20% by email. Think about it. When people read email they usually have ten other things going on at once – they might be checking email on their phone on the way to work, in the kitchen while making coffee or at their desk while on the phone. They’re distracted, unfocused. But opening the post is a task in itself. Your target will be paying attention as they touch and look at your communication. This vastly increases the odds that they’ll take in what you’re saying.

4. It supports other marketing channels

The beauty of direct mail advertising is that it can be used in conjunction with any digital campaign. Given the crowded marketplace, evidence shows that people need 6-8 touches from a brand before they start thinking about putting their hand in their pocket. Consumers won’t act until they’ve decided you’re credible. Research conducted on behalf of Royal Mail found that digital campaigns which incorporated a direct mail element saw a 62% increase in ROI compared with those who went solely electronic.

And you may be surprised at the demographic evidence: 16-34 year olds living in the family home are more likely to open mail than the 55+ age group. The novelty of receiving print mail gives it power. Yet, people are used to acting digitally: so a direct mail piece with a call to action via digital channels vastly increases your chances of making a connection and getting a response.

Used tactically, in tandem with other channels across print and digital, direct mail advertising will increase your visibility, strengthen your customer relationship and bring home your message. And that means sales.

Print campaigns are more expensive than digital, right? Well, not necessarily, not when you consider the breakthroughs direct mail might offer over cluttered inboxes. Digital print costs across the industry are 25% lower than they were five years ago. We also have some advice on reducing print costs here.

A well-planned campaign, one that reaches out to the right people and makes them the right offer will deliver a great ROI.

This four part intensive series will teach you to plan a successful direct mail campaign and avoiding easy, yet common mistakes.

Time spent setting clear objectives for your campaign, planning effectively and maximising ROI will reward you with a campaign that creates attention, authority and sales.

Keep your eyes posted for Part 2: Pinning Your Direct Mail Ideas Down: Nailing The Brief